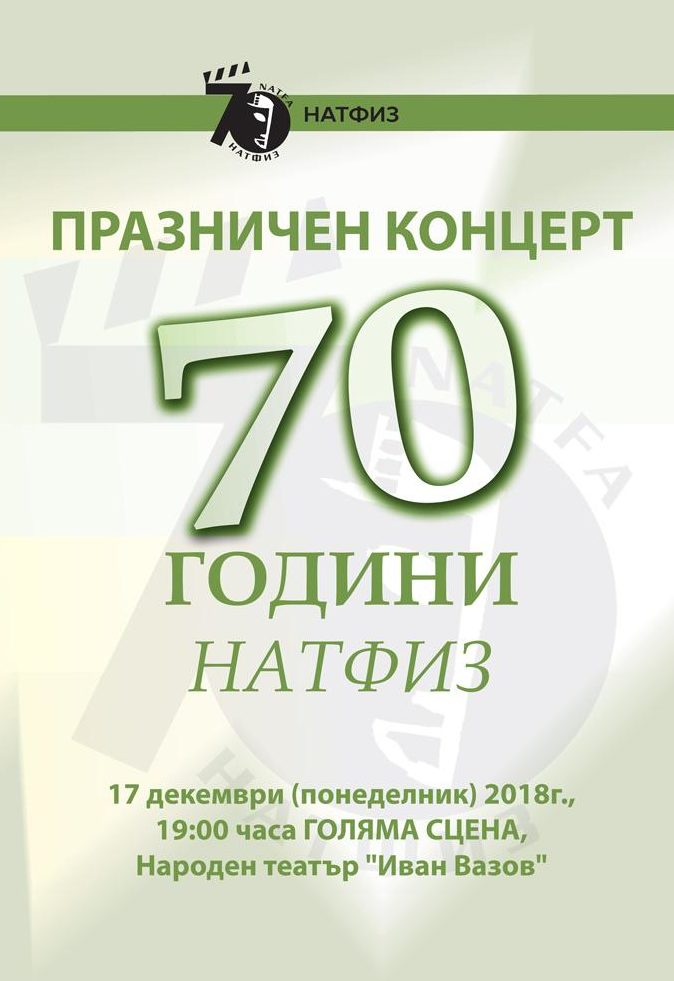 In 2018, the National Academy for Theater and Film Arts (NATFA) “Krastyo Sarafov” celebrates its 70th anniversary. The Academy started as a two-year school of theatre at the National Theater “Ivan Vazov” and in 1948 developed into the first Bulgarian State Higher School of Theater.

The academy is continuously expanding, updating and enriching its activities. Today it offers to its students a wide range of subjects and programmes, some of which are unique for Bulgaria and can only be studied at NATFA. The academic staff includes highly qualified professionals with strong creative and pedagogical experience. The process of applying theory to professional practice is essential to our educational philosophy. The graduates of NATFA acquire a wide range of creative, critical, performing and productive skills and qualifications. Many of them build rewarding careers in Bulgaria and abroad.